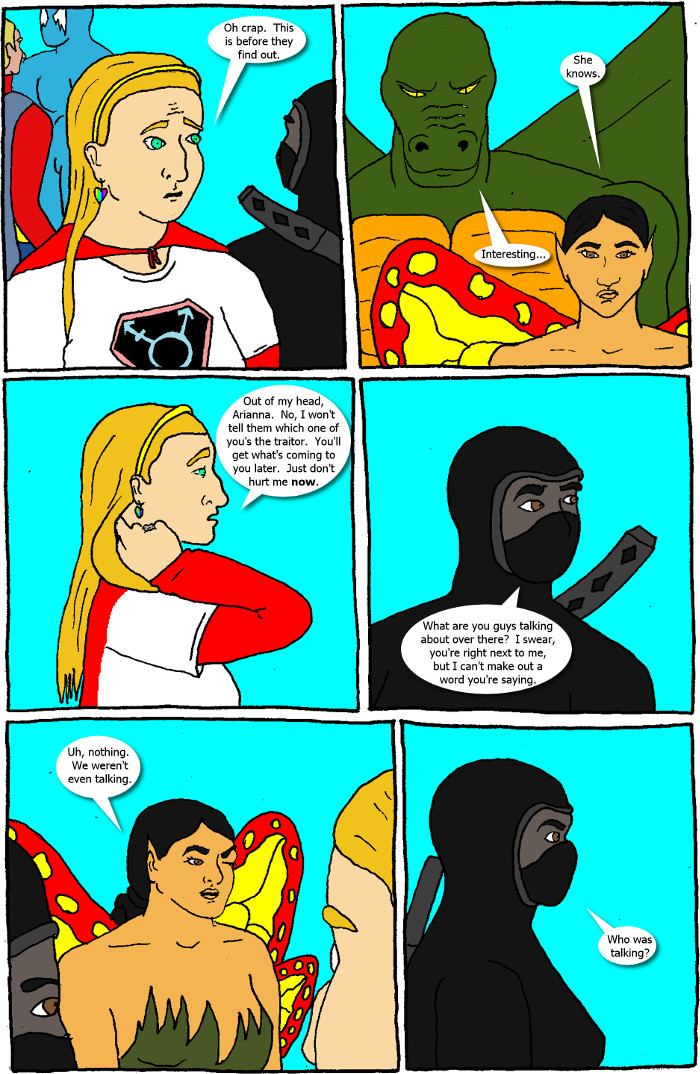 shastab24 26th Sep 2014, 12:00 AM
The powers of the Protectors haven't really been showcased. Actually, the powers of any of my characters have hardly been showcased here. But anyways, it should be noted that Arianna is telepathic, and that's what's happening here--she's keeping the others from cluing in to what Supertrans is saying, especially B.A.D. Note that in the first panel Wonder Super is talking to Pinball. I wanted both of them distracted. They're likely talking strategy, being medium-aware or the like, and I like to think that Arianna is pushing that later. Why is this so important? Well, while Wonder Super can still be easily affected by telepathy, Pinball is immune. And both are medium aware, so I don't want them to be able to see anything that's going on here.

This is part of the 2014 Halloween Cameo Caper.
Edit Delete

Hogan 3rd Oct 2014, 11:00 AM
I hear the fabric of reality and a few walls being stretched very thin at the moment :-)
Edit Delete Reply
Post a Comment