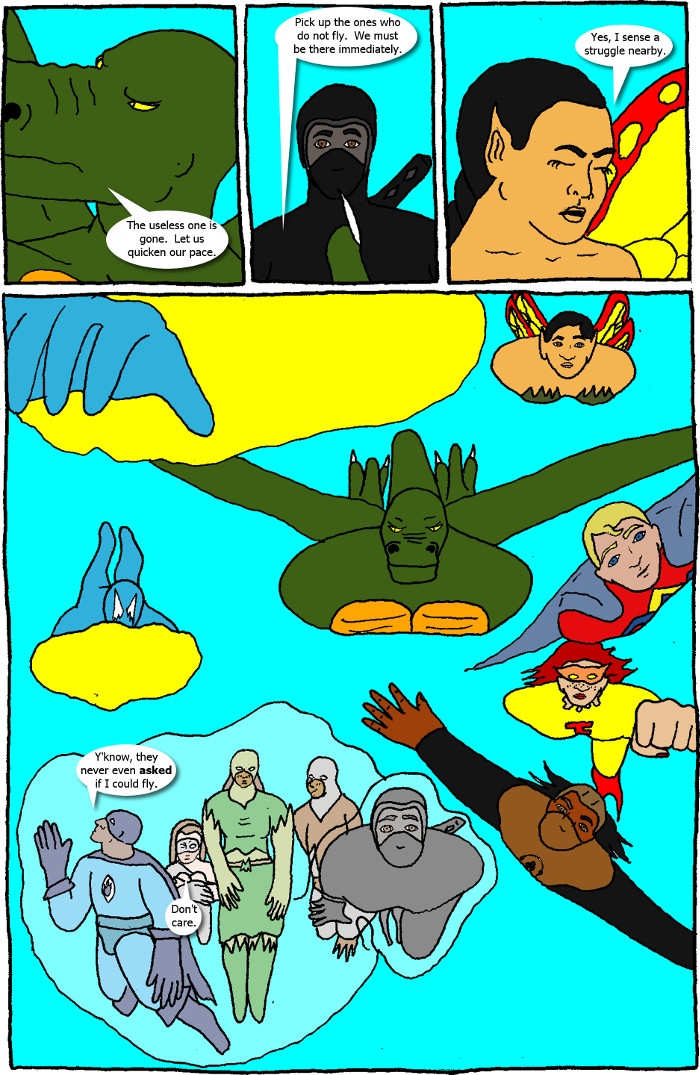 shastab24 7th Oct 2014, 12:00 AM
B.A.D. is telekinetic, which is hard to express visually sometimes. I opted to do a kind of telekinetic bubble here, though I usually don't think her power would be that visible. However, I was inspired by an X-Factor comic I read growing up, which opened with Jean Grey carrying the entire team with telekinesis, it manifesting as a pink energy-looking thing all around them.

This is part of the 2014 Haloween Cameo Caper.
Edit Delete