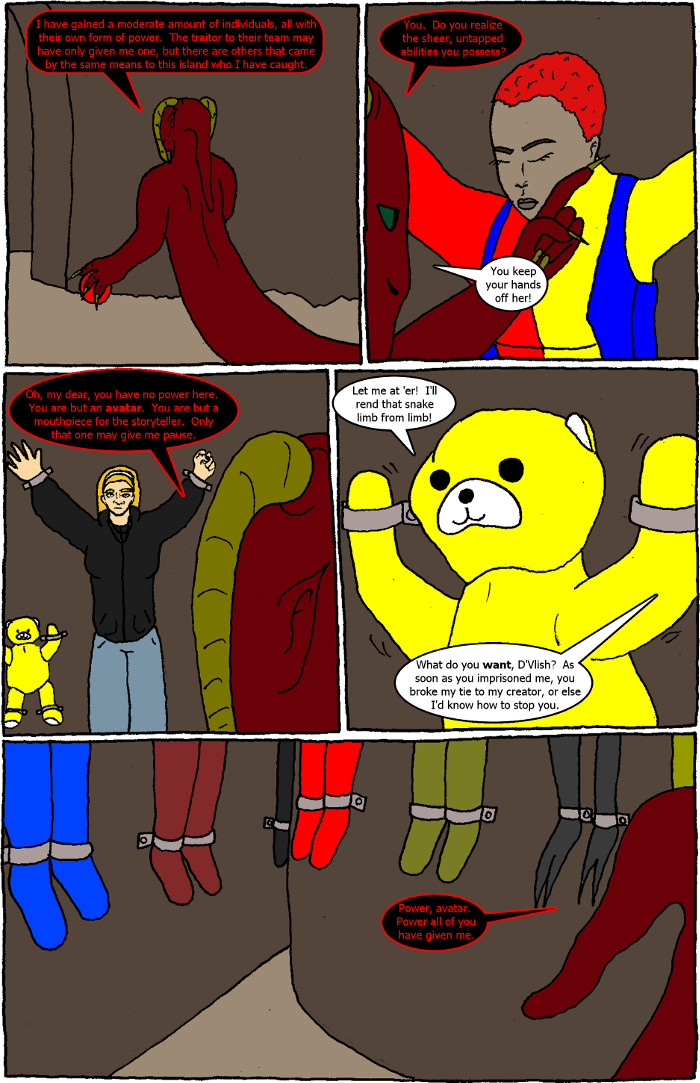 shastab24 6th May 2015, 12:00 AM
Now what's this? Characters not seen in this comic before? Panel 2 has Split, also known as Amber Sees, is one of my characters from the Pride High message boards. She has the power to trap souls of the recently deceased into her psyche, where they manifest as split personalities, replete with all the powers they had in life.

Panel 3 introduces my avatar (I wear that sweatshirt a lot--I get cold easily) as well as Kara Bear, the Karabear Comics mascot. Previously these characters only really appeared in Karabear Comics Unlimited as ways to close out issues.
Edit Delete