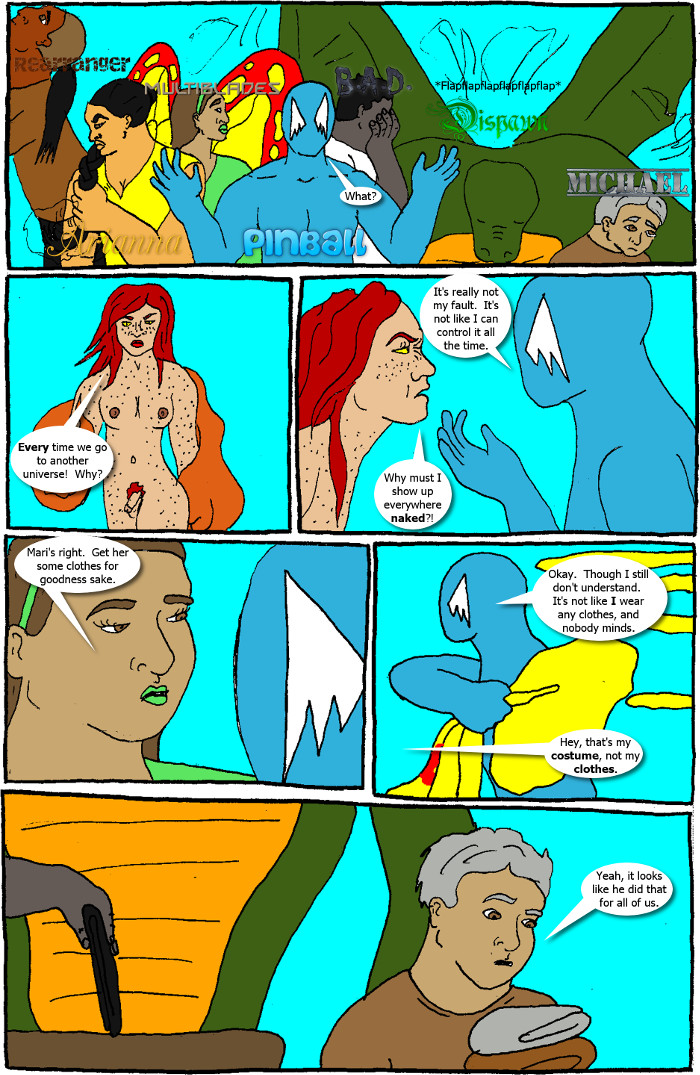 shastab24 4th Sep 2014, 12:00 AM
What monster have I started? This is only a fraction of the cast, folks--the Almighty Protectors. There are other characters involved. I may go insane drawing them all.

Panel 1 was kind of annoying to draw, really. I knew I had to get all of the team (sans Flame Thrower) into it, and have them actually seem like they'd just been dumped in to the situation. Pinball had to be center, due to his importance to the panel, but I also wanted all of them to be shaking/dusting sand off themselves, but it didn't turn out like that. In fact, only Dispawn and Arianna are doing that. Though the argument could be made for B.A.D.

And yes, after a covered up previous page, Flame Thrower bares it all here. I figured there was no harm--you'd already seen her boobs before, and what's the problem in showing the lower section? It's not like it's done sexually--just comedy of inconvenience for Flame Thrower.
Edit Delete

Hogan 4th Sep 2014, 10:00 AM
I think the mass-characters activity in the first panel came out well
Edit Delete Reply
Post a Comment