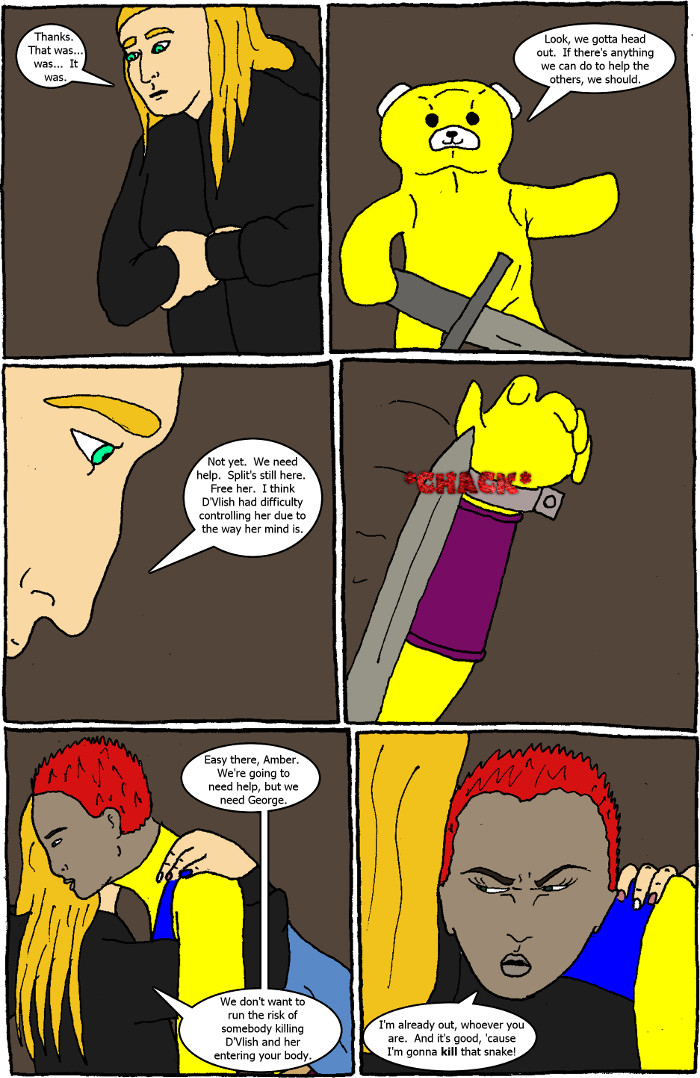 shastab24 19th May 2015, 12:00 AM
Just a quick bit here to show Ave and Kara gaining another ally, and a reason why they can do so. I didn't mention, but the reason why Ave and Kara didn't get mind-controlled is they aren't combatants, really. D'Vlish wants soldiers.

And it should be noted: Split's primary personality is Amber Sees. George is her brother, who died at a young age in a car crash they were both in, and Amber's power kicked in, sucking his soul into her body when he died. George spent quite some time in denial about being dead, thinking Amber stole his life, before finally accepting things (he's the reason she has short, red hair--her hair is naturally brown). Also, George is a hydromancer.
Edit Delete