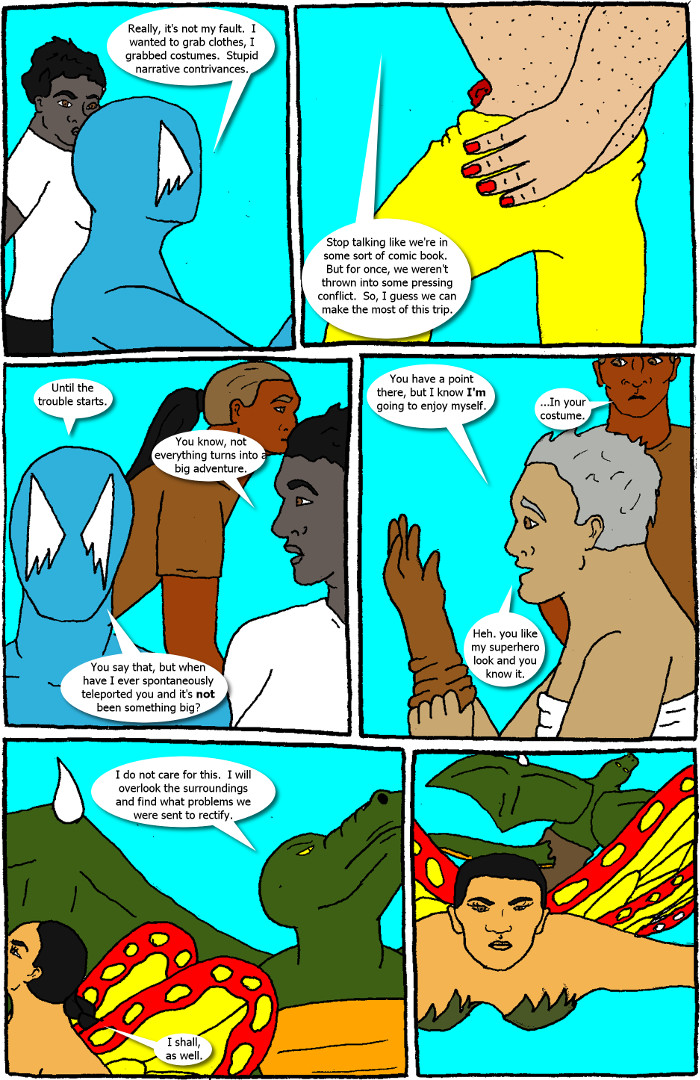 Seriously, they are very easy to use for cameos right now. They do play a role in this story, but they're also not the type to often stick with the group. So if you are part of the 2014 Halloween Cameo Caper (which this page is), this is your opportunity. Remember that one of them is a villain masquerading as a hero. The other knows this and tries to act more covertly in stopping the villain, thus tending to do things that are very suspicious. In other words, while one is a villain, both do actions that make one think of them as possibly morally dubious. For instance, Dispawn has a good deal of xenophobia while Arianna, as a telepath, invades people's privacy a lot.

Also, yes, Pinball is medium aware. Unlike many such characters, though, it's not played for comedy nor does it cause Pinball angst--to Pinball, such is just the way it is, there's no need to question it.
Edit Delete