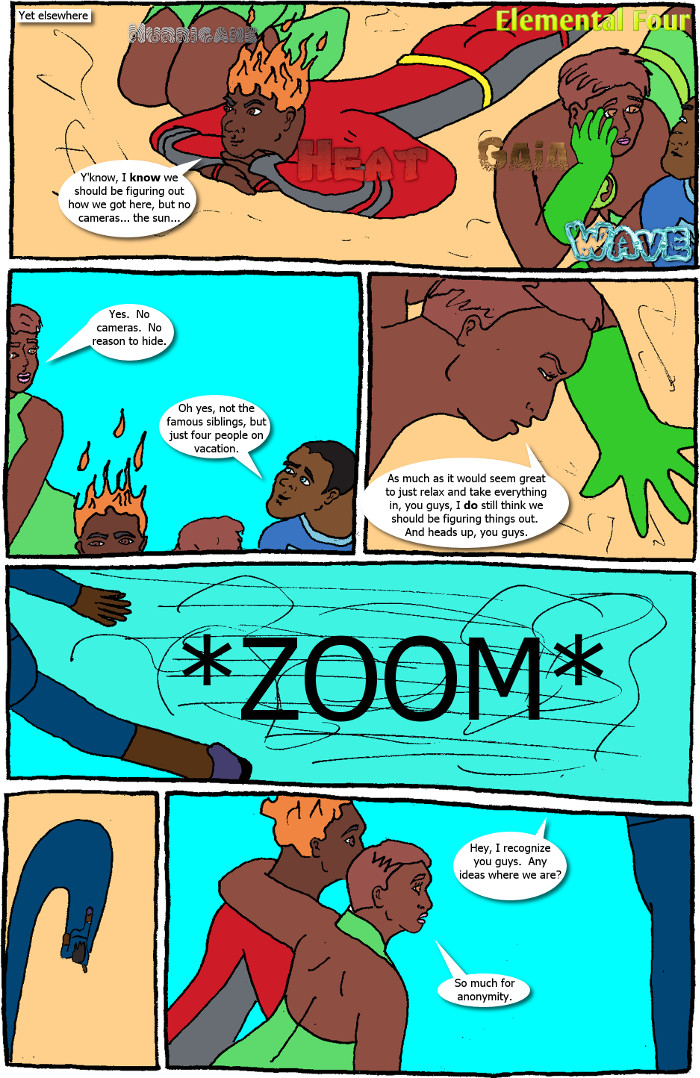 shastab24 10th Sep 2014, 12:00 AM
Why are they talking about cameras and being celebrities? The Elemental Four are subjects of a reality show. Also, they are siblings. Gaia and Hurricane are identical twins and Heat and Wave are fraternal twins. I seem to like twins, as Michael and Multiblades are twins, too. It's funny, because there aren't twins in my family.

Also, panel 4 was supposed to be Bolt running by and kicking up sand on them in her wake, but that sure isn't what it looks like. At least you know what I was going for if you read the comments, at least.

This is part of the 2014 Halloween Cameo Caper.
Edit Delete